We all know the term ‘port’, to describe a place from which, or into which, ships sail. With the development of air travel it was perhaps then not surprising the word was added to ‘air’ to capture the same meaning: an airport therefore being the place from, and to, which airplanes travel. It is therefore even less surprising that the term was then added to space crafts, and hence our lexicon was word richer: spaceports are therefore places from and to which space craft’s depart and return. There is a key to this story in the return function. For until what seems recently, we were accustomed to space crafts, rockets, projecting into orbital travel from a launch pad to which it would not return, as predicting where such craft would land upon re-entry was not yet known. 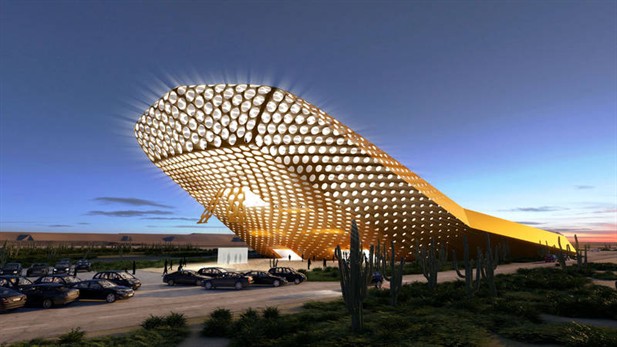 Once only the domain of astronauts, scientists, technicians, engineers and researchers, spaceports around the world are gearing up for you and me. As the industry and technology expand exponentially entrepreneurial visionaries are investing millions in preparing to be the first commercially viable port of exit into sub-orbital travel routes. From Curaçao to New Mexico, and the Arctic Circle to the desert steppes of Kazakhstan (to mention only a few) departure points destination space are on the rise. Some are extensions of existing rocket launch sites, others brand new initiatives in the making, some have successfully propelled man to space, and back, some continue, despite recent setbacks, to invest in the adventure. Some are constructed, some still only on the drawing board.

As a result of those with deep pockets, opportunities will certainly be available, for ‘us’ in the foreseeable future. Today we can already take tours of the existing facilities; there are teaching and learning programmes – for young and old; marketing initiatives attracting the curious, the adventurer and the intrepid. It is still professionals coming and going through the spaceports, or on manned flights related to research and industry (think about satellites being sent in space, crews coming and going to the International Space Station among other ‘common activities), but before long this may well be the entry and departure points for many of us, or the next generation.

It was only in 1969 that Neil Armstrong uttered these words. A mere 45 years later those who witnessed the moment when he took that giant step are grandparents to a generation who have grown accustomed to space craft’s travelling back and forth, and can realistically imagine it being them, thanks to the spaceport pioneers.

Another word for Spaceport is Cosmodrome.

Want to visit a spaceport? Should you be in the New Mexico area you can do so at Spaceport America; you can also drop into the ‘Plane Crazy’ monthly visiting days in California at the Mojave Air & Space Port, or keep up with on the ground space experiences planned for the Caribbean Spaceport. For other space travel related experiences see iExplore, and do take a look at their tips for preparing for space travel.

For those with deeper pockets, tickets to space are available at XCor Aerospace for a mere US$95,000 – granted this does include your pre-flight training, at the simulator here in the Netherlands, as well as a medical check.

Excited about space travel in general? Why not plan a party? April 12th is celebrated annually around the world to commemorate space & travel. Find one, or plan one on Yuri’s Night.

Deborah Valentine, as acting Editor, could not let the Travel Section fall away, and undertook to share what she learnt while editing this issue.